John Clark (AM Director of NIDA): "Acting is the ability to get up in front of a lot of other people to tell a story and to involve those people in your life."

I just made a few pages for "Acting for the Camera" (here and in filmplus.org/biomx) -- and another page @ Actors in Film Directing. [ see "film acting" menu, right table ]

Yes, I placed the alert for actors on several webpages:

Please, read acting for the camera pages in advance: Actors in Film Directing, Film in BM and Camera in Method Acting -- before we have video-sessions in class! You have to have your monologues shots-broken (Actor's Text). Post it to our Method Forum -- and give your feedback to others.

The dymanic of primary and secondary motions. When and how actor gets priority vs. camera? Always? Camera is actor's givens. Wide Shot (WS) -- exposition (Establishing Shots) and on big movements.

Indicate it on your Actor's Text and give the copy to me (and to student-directors).

[ There is no main directory for acting theory; acting page in theatre theory is the only gateway -- to nowhere...

So, you have to pick it up here and there on acting pages. Anatoly I tried to stay away from this subject for years! Why do I break my promice to myself not to make new webpages?

Spring 2004: film directors did monologues shooting in my intermedite acting class. I thought that on camera experience was benificial for both -- the camera forced actors to do what I couldn't imposed on them, regardless how long I try...

Camera imposses the space and time discipline: "acting areas" -- after one take they all uderstood that they can be out of frame -- and the entire act is for nothing...

Is it possible that camera (technology) represents much bigger audience? "Addresses"? The eye of all!

Introduce the concept of POV (use samples from literature).

[ excer. in class on breaking down monologues for POV only * get some from my PLAYS online directory, including from films (Wild Strawberries, 7th Seal, Antonini + Ibsen, The Possessed, Cherry Orchard and other Chekhov's plays, including the one-acts. ]

"Open yourself!" -- they can't hear me. Not with the camera! They understood that we must SEE them! Their eyes...

Select a monologue for analysis; break into shots and bring it in class (my copy for record).

[ film acting menu in the right table -- where to place the sample of the actor's text broken into shots. ]

"Line-by-line" dramatic analysis for the camera.

"Vocalization" and "physicalization" for the screen: go beyond the obvious ("smaller" means nothing, if you don't have your choices for the camera).

Camera and shifting POVs -- how to understand the multivocal (polyphonic) nature of "camera acts"... (Bakhtin) 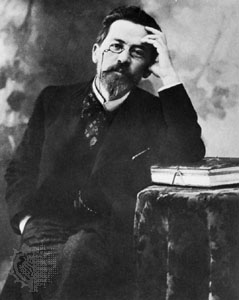 We do not have time to repeat what you should know about stage acting, we have to apply it!

* Again, I have to have MY COPY of your Actor's Text (no grade without it).

Both (at least) your audition monologues should be redesigned for the camera (dramatic and comedic).

** Where are the reaction shots, when we shoot monologues in class?

Your ideas -- when do we go for details (hands, props and etc.)?

Marlon Brando Jr. was born April 3, 1924, in Omaha, Neb., the youngest of three children. His mother was a local actress who had founded the Omaha Community Playhouse; his father was a salesman. According to "Brando: A Life in Our Times," his mother was an alcoholic and his father "an unyielding moralist."
After the family moved to Evanston, Ill., and a brief stint in military school where he first studied drama, Brando joined his sisters in New York in 1943. He enrolled in the New School for Social Research's dramatic workshop, where his classmates included Harry Belafonte, Shelley Winters and Rod Steiger.
There, he learned Method acting from Stella Adler, whose motto was "Don't act - behave." After appearing on Broadway in "I Remember Mama," Brando was hired by director Elia Kazan for the Broadway version of "A Streetcar Named Desire." The play, and the film that followed, introduced the vulnerable and volatile persona that was his trademark.

There a short list of titles I show the segments in class, when we get to Acting; here are the samples.

There are other movies with Jack Nicholson could be recommended (use Amazon suggestions).

[ I am not mentioning European film actors here. ]

I have no pages on individual actors. Only film directors -- Eisenstein, Tarkovsky, Bergman, Kurosawa, Fellini (Film-North).

[ ... To help actors come up with the goods, Russian director Konstantin Stanislavski developed a training system where actors analyse their characters, then draw on their own experiences to act and react according to their characters motivations.

In the sixties director John Cassavetes started experimenting with an alternative approach to film acting.

Robert Marchand: "Well, I think he is the first example of a feature film made using improvisation in which, as I understand it, they had scenarios to play out. Scenarios that the actors understood the dilemmas the characters had the situations they were in and then they were played out, so they were not tied to a script, not stuck by the boundaries of a script but were free to explore."

Robert Marchand believes in improvisation. His course is based on a method developed by English director Mike Leigh.

Robert Marchand: "He sees each actor separately and he keeps them separate to begin with so that between he and the actor he will create a character. They will discuss all manner of details about the character and they will go to tremendous amount of detail and the actor will do enormous amount of research where the character lives, what kind of job he or she has, what kind of friends, social life, everything."

If Mike Leighs actors build their characters from the ground up, director David Mamet encourages actors to utilise their own psychological make-up. the movie shows ]

"...by the mid-40's Adler was teaching at the New School for Social Research and had found the role that was to make her a revered name among actors everywhere. In 1949, she started a school for acting that would last five decades and touch every part of American Theater. Combining what she had learned from the Yiddish theater, Broadway, Hollywood, and Stanislavsky, she opened the Stella Adler Theater Studio (later renamed the Stella Adler Conservatory of Acting). Among those to study at the conservatory were Marlon Brando, Robert De Niro, Warren Beatty, and Candice Bergen. Her belief in the supreme seriousness of her art kept many well-known members of the theater coming back for her intelligent and passionate advice.

It was Adler's sense that "the theater exists 99% in the imagination" that informed her instruction. She proposed that one of the actor's primary concerns must be with the emotional origins of the script. A student's main responsibility was to search between the lines of the script for the important unsaid messages. This, she knew, took a combination of emotional availability and imagination. For her students she was both the toughest critic and the most profound inspiration, saying, "You act with your soul. That's why you all want to be actors, because your souls are not used up by life." To this day, nearly ten years after her death, Adler is still viewed as one of the foremost influences on contemporary acting."

DISCLAIMER: If I am infringing any copyrights, please let me know and I will stop.

Lijit Search
© 2006 by vtheatre.net. Permission to link to this site is granted. books.google.com + scholar.google.com