NYUKHIN: (He enters the stage with great dignity, wearing long side whiskers and worn-out flock coat. He bows majestically to his audience, adjusts his waistcoat, and speaks.)

* "I have spoken and relieved my soul." (Latin) 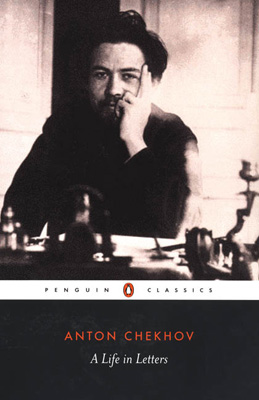 From his teenage years in provincial Russia to his premature death in 1904, Anton Chekhov wrote thousands of letters to a wide range of correspondents. This fascinating new selection tells Chekhov’s story as a man and a writer through affectionate bulletins to his family, insightful discussions of literature with publishers and theater directors, and tender love letters to his actress wife. Vividly evoking landscapes, people, and his daily life, the letters offer revealing glimpses into Chekhov’s preoccupations—the onset of tuberculosis, his dual careers as doctor and writer, and his ambivalence about his growing reputation as Russia’s foremost playwright and author. This volume takes us inside the mind of one of the world’s greatest writers, and the character that emerges from these pages is resilient, generous, charming, and life enhancing.

Film-North * Anatoly Antohin
© 2005 by vtheatre.net. Permission to link to this site is granted. books.google.com + scholar.google.com